SAFETY AND EFFICACY WERE EVALUATED AT 52 WEEKS1 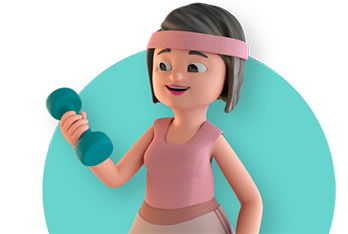 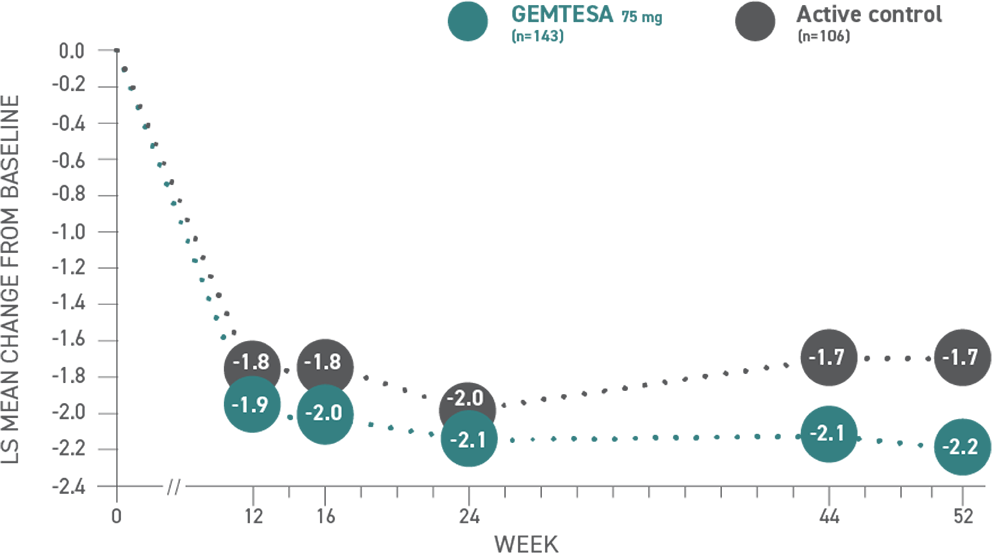 Reductions in micturition frequency per 24 hours at 52 weeks1† 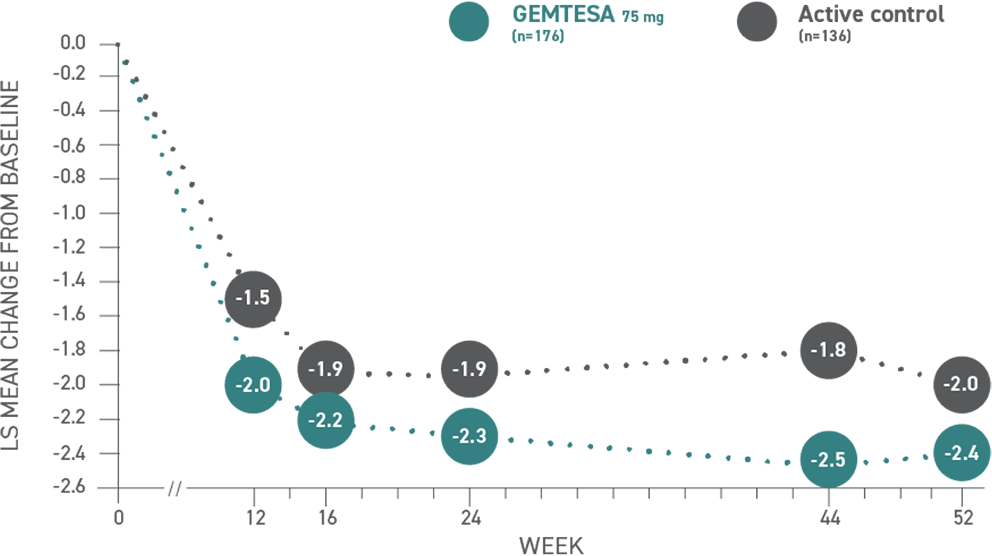 Reductions in urgency episodes per 24 hours at 52 weeks1‡ 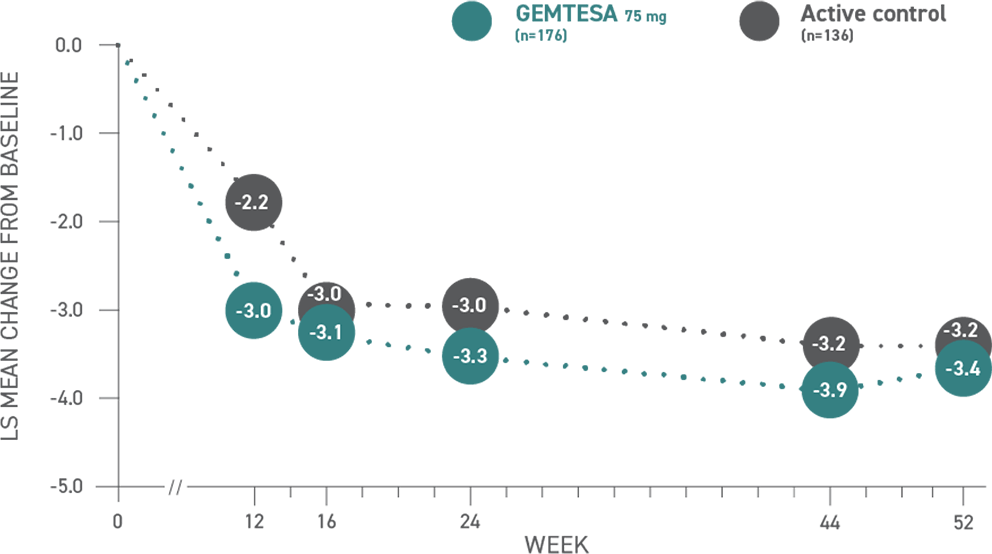 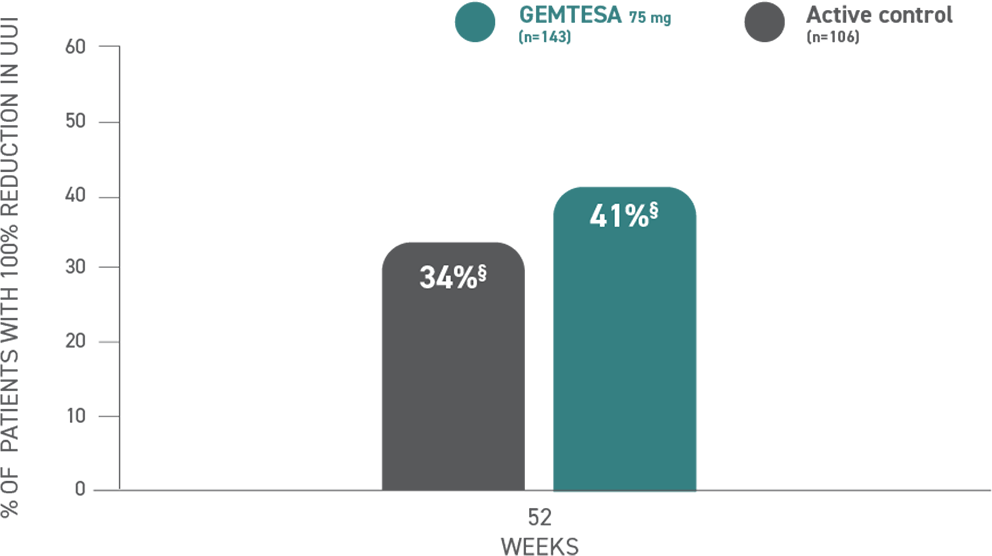 Learn more about the mechanism of action (MOA) of GEMTESA 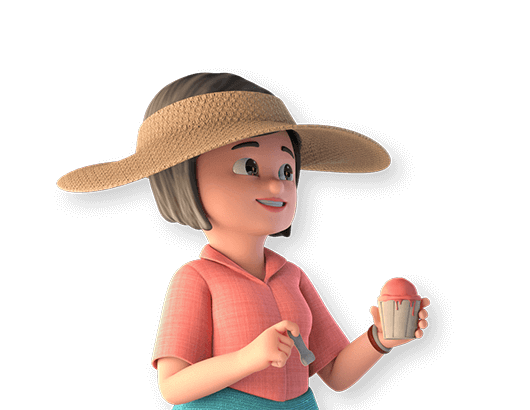 A 40-week, phase 3, randomized, double-blind, active-controlled multicenter extension study that evaluated the safety and efficacy of GEMTESA in 505 patients with symptoms of OAB.1

Patients who completed the 12-week pivotal EMPOWUR study and had received either GEMTESA or active control continued their same double-blinded treatment for an additional 40 weeks in the extension study.1

Efficacy analyses were performed using the FAS-EXT, except for incontinence episode endpoints, which used the FAS-EXT-I. 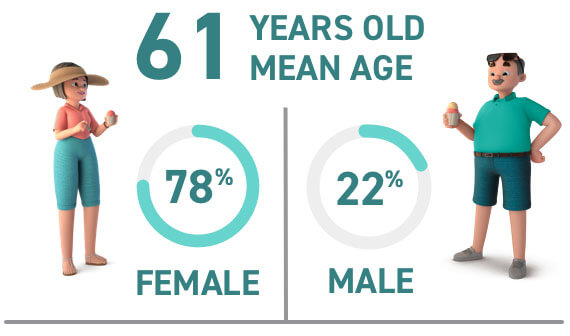 Placebo group rolled into an active treatment arm after 12 weeks

GEMTESA® is a beta-3 adrenergic agonist indicated for the treatment of overactive bladder (OAB) with symptoms of urge urinary incontinence, urgency, and urinary frequency in adults.

GEMTESA is contraindicated in patients with known hypersensitivity to vibegron or any components of the product.

You are being redirected to MySampleCloset.com to order samples of GEMTESA®. You will need to create an account or log in to your existing account to complete the ordering process. This site is not owned by Urovant Sciences and is provided as a resource to our visitors. It does not imply an endorsement, recommendation, or guarantee of a particular service.

Do you wish to continue?

You are now leaving GEMTESA.com

You are now leaving GEMTESA.com. The website you are visiting is neither owned nor controlled by Urovant Sciences. Urovant Sciences is not responsible for the content or services in any of the sites linked here.